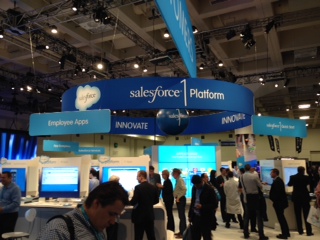 On February 8, 2011, Vivek Kundra, then the U.S. Chief Information Officer, released a ground breaking report, “Federal Cloud Computing Strategy.” In it, he states, “Cloud computing offers the government an opportunity to be more efficient, agile, and innovative through more effective use of IT investments, and by applying innovations developed in the private sector.” Now, over three years later, his assessment was absolutely on target. But, the question is: how fast is the government moving in this direction? I believe that it’s only a matter of time before all branches of government adopt the Cloud for their technology needs. With companies like Microsoft , SalesForce and others pushing the Cloud into the public sector, our business is changing rapidly – and for the better. Companies like iConstituent grow and thrive by providing innovation to the government marketplace, but this is hard to do when companies are forced to provide their services from behind tightly held and highly regulated government firewalls. As we move ahead, this will change; public clouds, such as those provided by SalesForce for their public sector customers – now FISMA and FedRAMP compliant, will compel more government entities to switch. Early adopters of cloud technology such as the Dept. of Education and DOJ have set the stage for other government entities to follow suit. Who stands to benefit the most from increased government adoption of the Cloud? Ultimately, American citizens. Why? Because, the government will be in a better position to leverage private sector innovation to reach and service citizens in a more efficient and less expensive way.